Five Photos Five Stories – day five. There is a corner of some English field ……. 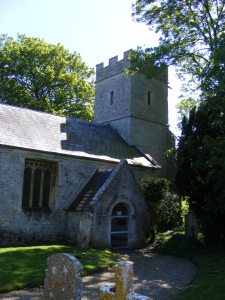 Just to the east of Dorchester, if you turn off the main road onto a narrow lane that is only to easy to miss. Then turn onto what looks like the drive to a house, park in an open spot under a group of trees then walk down a narrow path, now over-hung with Elder trees in full blossom. You will come to the tiny church of Winterborne Came. Described as a ‘church is of little architectural interest’ it attracts visitors from all over the world because of one person who is buried there.

In fact there are three monuments of interest, one tells a remarkable story, one is known all over the world, and the third is hardly known at all.

The remarkable story is told on a monument on the north side of the altar, to George Dawson Damer. 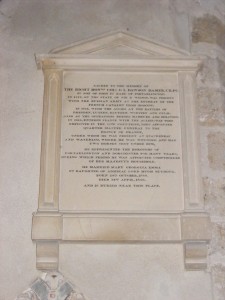 ‘In 1812, on the staff of Sir R. Wilson, was present with the Russian army at the retreat of theFrench cavalry from Moscow: in 1813, with the allies at the battles of Dresden, Lutzen, Rautzen, Wurtzen and Culm: also at the operations before Hamburg and Holstein: in 1814, entered France with the allies; was then employed in the low countries, then appointed Quarter Master General to the Prince of Orange, under whom he was present at Quatrebras and Waterloo, where he was wounded and had two horses shot under him.’

He is known in Dorchester, less for his remarkable military career, but as one of the founders of the County Hospital, the hospital restaurant is named after him. 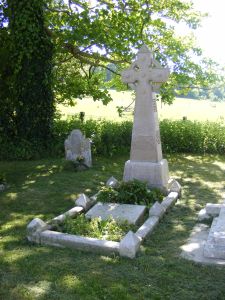 The well-known monument is that of the poet William Barnes, a friendly, gentle man who was rector of this tiny church for a quarter of a century. He was also a pioneering conservationist who led a protest against the destruction of ancient monuments by the Great Western Railway, the protest group won, and decided that had so much fun they would carry on meeting, and their society is still going strong today.

The final monument tells of a local tragedy.

Erected by his fellow workmen.

I know nothing more than is told on the stone, and would love to know more. Why was he so well liked that his friends paid for the stone? There is a story there but what is it? 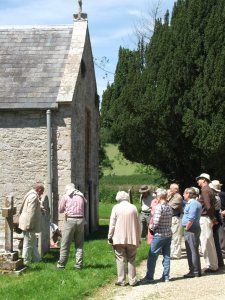 There are wonderful stories everywhere, just get out and look.

2 responses to “Five Photos Five Stories – day five. There is a corner of some English field …….”