Christmas Musings – The Christmas Tree, When, why and why not?

Over the past couple of days several blogs I follow have mentioned Christmas Trees (Christmas trees from around the world , 5 Sacred Symbols of Christmas and Quotes and trees) and even though some members of my family have some less than fortunate memories associated with them Tooling around, they are certainly a suitable subject for my blog so I thought I would talk about them now.

Just about everybody who mentions Christmas Trees talks about them as being a Victorian introduction to Britain, and credits Prince Albert with the introduction, since they originated in Germany. Of those three statements two are completely wrong, and one is more or less right. The one that is more or less right is that they originated in Germany, certainly they originated in what is now Germany but when they first appeared Germany was divided into many separate, independent and frequently warring states. The Christmas tree was associated with the protestant churches, so was not to be found in any Roman Catholic states, and only found in a few of the Protestant ones. It didn’t become widespread in Germany until after the unification of the country at the end of the nineteenth century. 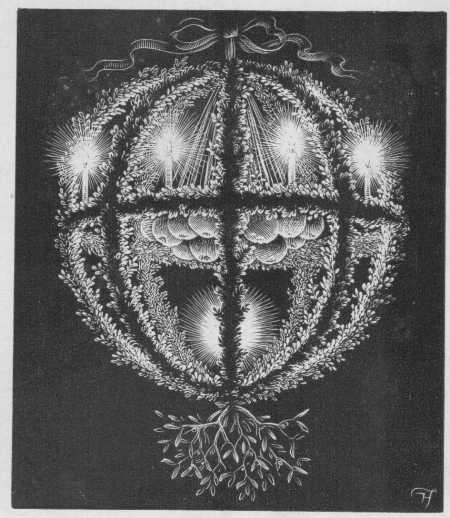 In England one of the last, lingering Christmas decorations that survived into the late eighteenth century was the Mistletoe Bough, or Kissing Bough. These were made of holly and mistletoe and could be very elaborate, decorated with fruit, coloured ribbons and candles. They had disappeared from fashionable houses, at least above stairs, but continued to be found in the servants quarters and more rural areas. However the forgotten heroine of Christmas, Queen Charlotte, liked the decoration, she used a Germanic version incorporating yew and, every Christmas, hung it in one of the main rooms at Kew Palace or Windsor Castle. 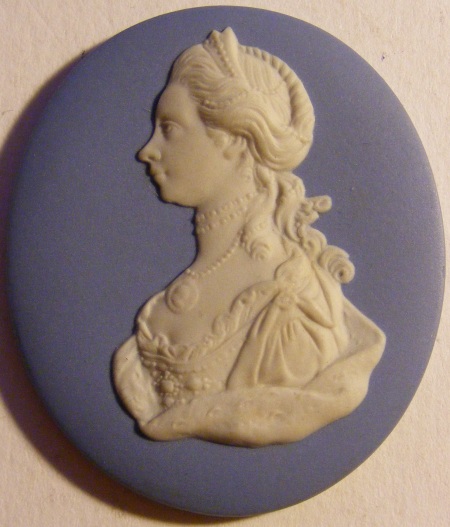 The Queen that introduced the Christmas Tree

Then in 1800 the queen held a party for the children of the principle families at Windsor, this time she didn’t have a Yew Bough, rather she had a small tree in a pot. Dr John Watkins, one of Queen Charlotte’s biographers, who was at the party, describes the tree

From the branches of which hung bunches of sweetmeats, almonds and raisins in papers, fruits and toys, most tastefully arranged; the whole illuminated by small wax candles. After the company had walked round and admired the tree, each child obtained a portion of the sweets it bore, together with a toy, and then all returned home quite delighted.

One possible reason for the introduction of the tree was practicality. A Mistletoe Bough had to hang from the ceiling, and that could cause problems, there aren’t many places where there are suitable fastenings. Quite possibly there was nowhere for the bough to be hung in the room chosen for the children’s party, so a tree was chosen by default. If that is the case then the whole tradition of the Christmas tree in Britain may be down to the lack of a hook in the ceiling of a room in Windsor castle!

A Georgian Christmas tree, an American illustration from 1836

After this references to Christmas Trees occur occasionally for the next three decades, always in Royal Palaces or Grand Houses. In 1802, Lord Kenyon bought ‘candles for the tree’ in his London home, in 1804 the Earl of Bristol, had ‘a Christmas tree’ for his children at Ickworth Lodge, Suffolk and in 1807 the prime minister, set up a Christmas tree at Welbeck Abbey, Nottinghamshire

Princess Victoria enjoyed a Christmas tree throughout her childhood, and they became commoner in wealthy and aristocratic households throughout the 1820’s and 30’s as the celebration of Christmas was revived in Britain. Then, from 1840 onwards illustrated magazines began to publish pictures of the Royal Family with their Christmas tree and from this the popularity of the trees spread throughout to all classes.

One question that never seems to be asked, and is important when thinking about the history of Christmas Trees, is why they never occurred in Britain before the end of the eighteenth century. If you read the books of the early folklorists and collectors of traditions you will soon discover the variety of traditions that were to be found at Christmas all over the British isles, but no one decorated a small tree. In fact I am not surprised, for one simple reason – what would have been decorated?

A Christmas tree needs to be an evergreen, but what evergreen trees were widely available in England before the late eighteenth century, very few mainly Yew, Holly, Juniper and Bay. There were no native pines or any other coniferous trees. Scots pine had once been native, but had died out millennia ago, the only pine trees to be found were rare individuals in large gardens, planted as exotics. Then came the agricultural revolution. Crop yields increased, livestock production soared and the spectre of famine vanished from mainland Britain, people still went hungry but this was because of problems with the distribution of food, not its scarcity. As well as foodstuffs the agricultural revolution also looked at timber production, land that wasn’t suitable for growing food was often seen as suitable for growing timber. Much of this land couldn’t support the native deciduous trees but was suitable for pine trees not just the Scots Pine but many other varieties that plant hunters were sending back to Britain from around the world. 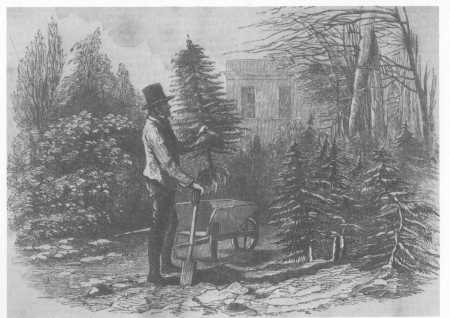 So we enjoy Christmas trees because of the agricultural revolution, an perhaps the lack of a hook in a ceiling in Windsor Castle.

10 responses to “Christmas Musings – The Christmas Tree, When, why and why not?”