We went to Salisbury today, I always like the old city, especially as it is a ‘new-town’, the official name is New Sarum (well it was new in the twelfth century). There is a basic rule in English place names, if it includes the word ‘New’, it is probably very old as there is never any reason for changing the name.

Just to bear this our, we had lunch in the New Inn, 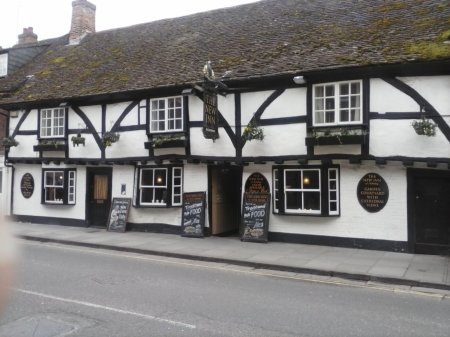 built in the fourteenth century, therefore very new when compared with the new city! 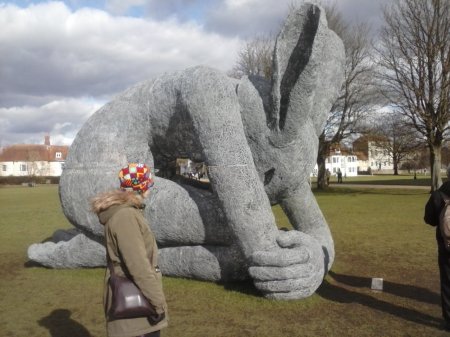 What I wanted to see was the latest sculpture in the cathedral close, giant humanoid hares.

and a wonderful giant pair of hands. These were originally placed as an arch over one of the paths in the close. Unfortunately there was a problem with stupid people walking into it whilst looking at their mobile phones and not seeing it!

6 responses to “Something Old, Something New”