A Tale of Old Romance

When you walk from the city of Salisbury into the Cathedral Close you will go through an ancient gateway and down a narrow road, on one side of which is a beautiful old building – this is it’s story. 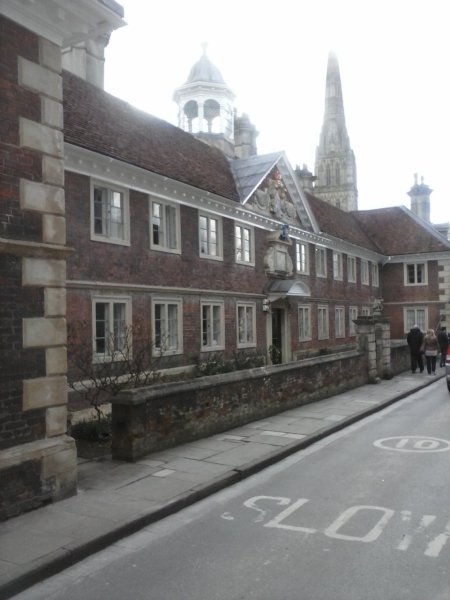 There were once two friends, both poor curates, who fell in love with the same woman. As often happens in such cases, she preferred one, and married him. The two friends then became parish priests and drifted apart. The single man rose through the church and, by the 1690’s had become Bishop of Salisbury, a wealthy and powerful man.

He then discovered that his old friend had just died, never having been anything more than a poor parish priest. The Bishop was very distressed to learn that the woman he had once loved now lived in poverty. He wanted to help her, but she refused, it would be wrong, she said, to take money from him.

But the Bishop wasn’t going to give up, he had learnt that there was always another way to solve a problem, and a few weeks later he returned to the widow, this time with a request.
“I am going to found an Alms House, a refuge for the widows of poor clergy, and this will need a responsible lady to serve as matron. Will you take on the task.”
This was different, a charitable task from her bishop, it was her duty to accept, and so the Alms House was built, with comfortable accommodation, and a generous stipend, for the matron.

In the years that followed, the Bishop regularly walked across the close, to take tea with the woman he had once loved, perhaps still loved, but the gossips of Salisbury had nothing but good to say. Wasn’t it nice to see the Bishop taking an interest in his new Alms House and, after all, wasn’t the new matron the widow of an old friend of his, and so they continued for the rest of their lives.

And today – the Alms House still provides a home for elderly ladies.

3 responses to “A Tale of Old Romance”