A Light in Dark Places

He struck the chisel with the wooden mallet, carefully. There was hardly any light as there was firedamp in the mine. Any flame or spark and the explosion would be devastating.

Then he saw it – a flame. It was approaching, he had nowhere to run, he shouted.

The flame approached, he continued to scream, the man was trying to shout something but the miner didn’t hear, as he fainted in terror.
He came too to see his vicar looking down, by the light of an impossible flame burning in – the world’s first safety lamp. 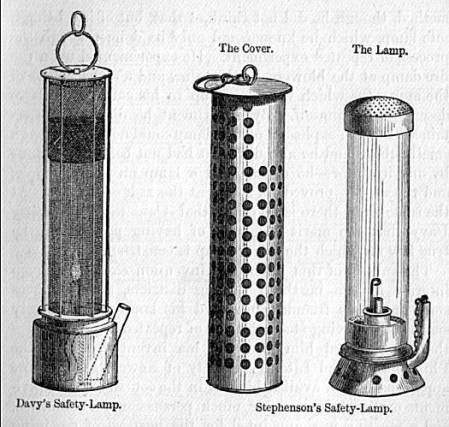 Firedamp, which mostly consisted of methane, was a terrible danger in early coal mines. It was highly inflammable, and as candles were the only way of lighting mines, the cause of many disasters.
After a terrible explosion which killed over ninety miners in 1812 the Rev. John Hodgson, vicar of Jarrow, campaigned for a safe way of lighting mines. The challenge was taken up by Sir Humphrey Davy and George Stephenson, in 1815 the two men had come up with similar solutions. It was whilst demonstrating Stephenson’s light that my tale took place.

This is in response to Charlie Mills flash fiction challenge, In 99 words (no more, no less) write a story that includes a chisel. Use chisel as a noun or a verb. Hope you enjoy it.

3 responses to “A Light in Dark Places”