The title might suggest something from a Carry On film, but instead tells of an amazing collaboration between two of the greatest Victorians.

‘I will bring a sketch’, he said.
The train left Bristol, maximum speed, the genius on board could command anything. But now he would be tested to the limit.
‘A hospital, prefabricated, weatherproof, well ventilated, easily heated’, designed by the time he reached London. By Bath he had the idea, by Swindon he was drawing, in London he rushed to her house, papers in hand.
“Mr Brunel”, Miss Nightingale.”
“Perfect, this is more than a sketch. When can you have them ready? The ship sails in six weeks.”
“They will be ready in five.”
They saved hundreds of lives. 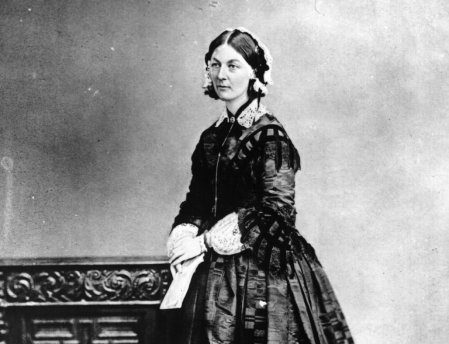 Yet another true story. After seeing conditions in the Crimean War, Florence Nightingale returned to London to get the supplies she needed for her hospital in Scutari. This included prefabricated hospital buildings, she wrote to Isambard Kingdom Brunel asking him to design them. As soon as he received the letter he went straight to London, designing the hospital on the way.