A few nights ago the Christmas Lights were turned on in the neighbouring town, the weather was wet and horrible, and there were the usual comments on how different the weather is not to how it was in the past. This is, of course, completely wrong. Bad weather disrupting Christmas Celebrations is hardly new, in the nearby village of Stinsford in 1819 the weather on Christmas Eve was so bad that the singers were unable to visit the Manor House, though they did manage to make it the following day and, after singing for the occupants, enjoy a supper of beef and beer.

This group of singers would probably have included Thomas Hardy senior, the father of the novelist, who was to immortalise the Stinsford singers as the Mellstock Choir in Under the Greenwood Tree. These singers, mostly men but sometimes including a few women, were to be found all over England and Wales, preserved the tradition of Christmas Carols through the long eighteenth century. 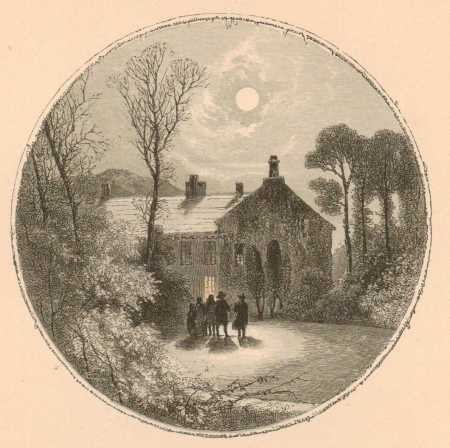 For carols, now an integral part of Christmas, almost vanished. In Brand’s Popular Antiquities of 1795 one writer says that his part of the county was so remote and unsophisticated that , ‘They still kept up the Christmas Carol’. The carols were sung by singers going around, usually on Christmas Eve, occasionally in houses or pubs, but not in churches! Through the seventeenth and eighteenth centuries there was controversy in the Church of England as to whether music and singing was permissible. These traditional carols, mostly themes of feasting and drinking, were hardly likely to be acceptable. For example the original Welsh version of ‘Deck the Halls’ is hardly suitable for church.

Oh! how sweet the grove in blossom,

Oh! how blessed are the blisses,

Words of love, and mutual kisses.

There were exceptions, God Rest You Merry Gentlemen and While Shepherds Watched are perhaps the best known of these traditional carols. However whilst the Church of England was divided on church music, the non-conformist churches were generally much more accepting, and produced some wonderful carols.

As well as founding Methodism, Charles Wesley was the most prolific, and most popular, song writer the world has ever known. He wrote many carols, but the best known has a rather curious history.

Hark the Herald Angels Sing began as a hymn by Charles Wesley Hark how all the wrekin rings in 1739. This was revised and rewritten (much to the irritation of Charles) and by the mid nineteenth century it had more or less achieved the form we know it by today. The tune began as a cantata by Mendelssohn in praise of the German printing industry, part of the 400th anniversary celebrations of Gutenberg’s invention of printing. He didn’t think that the tune would be suitable for sacred music. After Mendelssohn’s death William Cummings, professor at the Royal Academy of Music, and a Mendelssohn enthusiast, carried out minor revisions to the latest version of the words of Hark the Herald Angels Sing and major revisions to Mendelssohn’s tune, to create the carol we know today.

Incidentally, why do so many people just refer to carols by the composers of the music, not the authors of the words. Many people are surprised when I say that the poem Goblin Market is the second most popular poem by Christina Rossetti, not realising that she wrote In the Bleak Mid-winter. Incidentally she was also the model for one of the finest, in my opinion, depictions of the Annunciation. Ecce Ancilla Domini by her brother Dante Gabriel Rossetti. 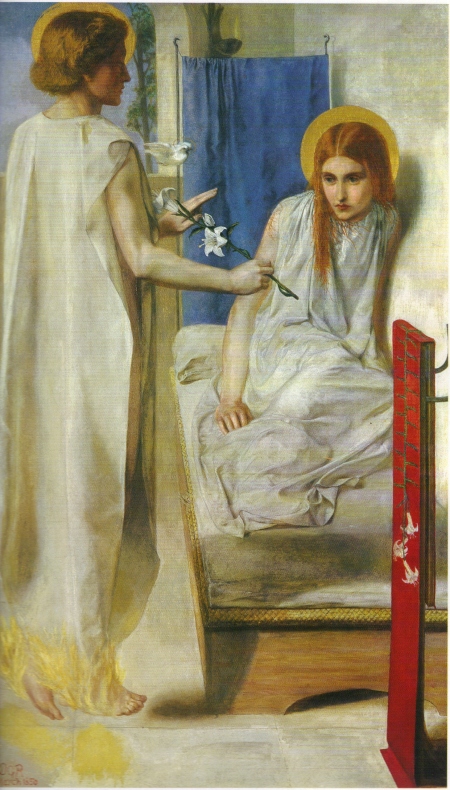 Well, we have travelled some way from the carol singers calling at Stinsford Manor that wild Christmas in 1829. But the singers hardly travelled at all, over the years, even though the carols changed, they continued to go round the village singing each Christmas. Today the many-great grandsons and granddaughters of the singers will continue the long tradition, though they are more likely to end at the church hall for tea and mince pies than beef and beer. 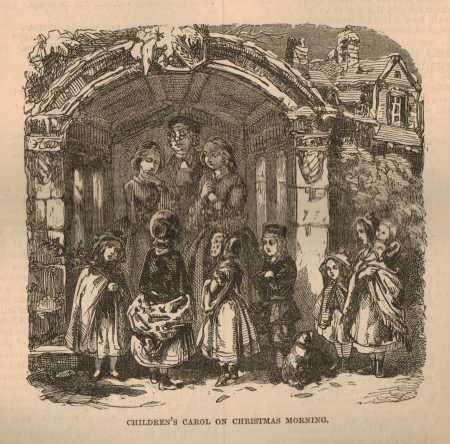